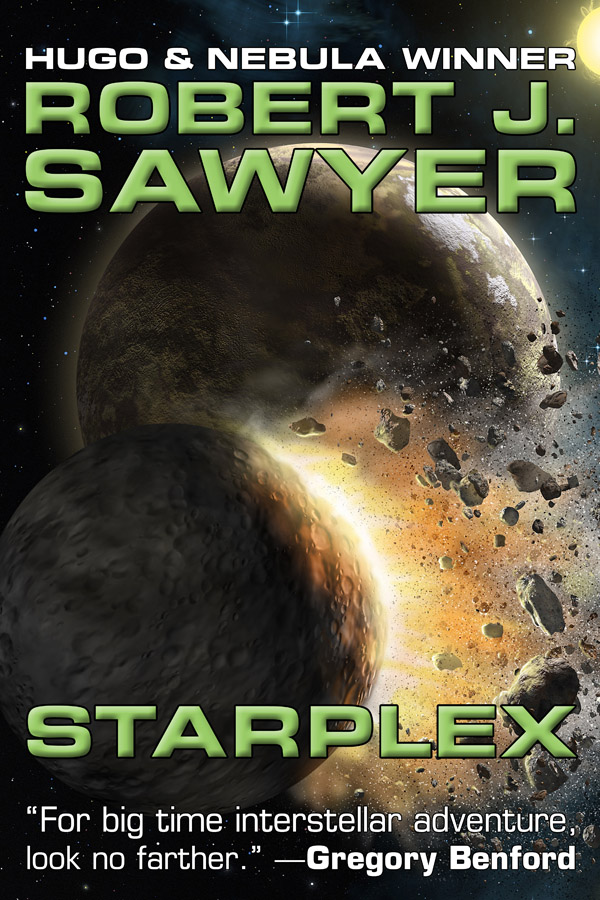 "Mind-boggling. A complaint often heard these days is that there's not enough 'sense of wonder' in today's science fiction. Robert J. Sawyer's Starplex ought to lay that complaint to rest for quite a while." – Analog Science Fiction and Fact

"Starplex should gladden the hearts of readers who complain that nobody's writing real science fiction anymore, the kind of story that has faster-than-light spaceships and far-off planets and interstellar combat and all the neat things they gobbled up so greedily when 'Doc' Smith was dealing them out. Here's a story with plenty of slam-bang action but no shortage of material to attract thinking readers, either. Sawyer deftly juggles half a dozen sweeping questions of cosmology (not to mention everyday ethics and morality) while keeping the story moving ahead full speed. His scientific ideas are nicely integrated into the plot, yet they also hint at larger metaphorical levels. Enjoy." – Asimov’s Science Fiction

Check out the Aurora Award ebook bundle, including Starplex, here.