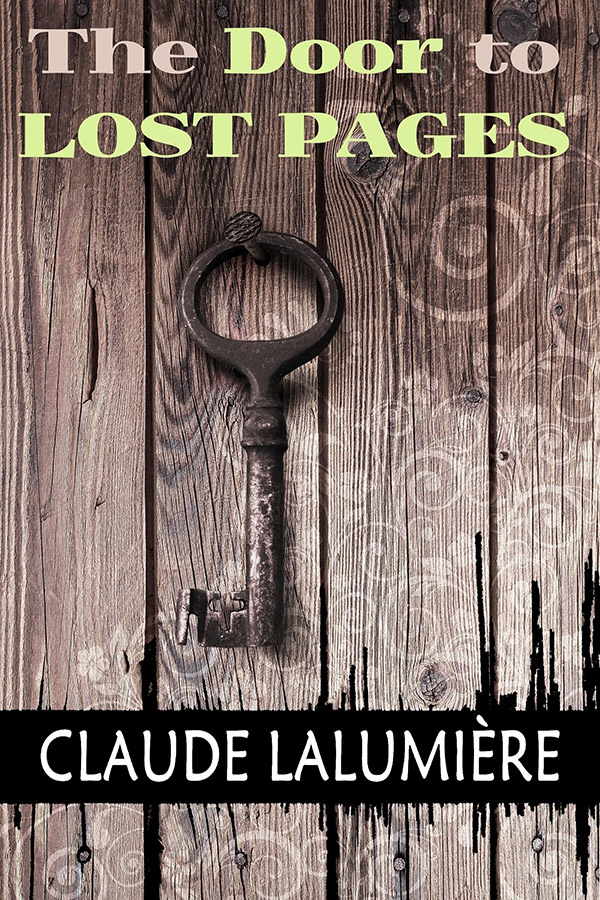 I continue today with another interview with an author whose work appears in the new *Exclusive* Dark Fantasy & SF Bundle I'm curating for StoryBundle.com, an excellent collection of titles by bestselling authors and rising stars. The bundle is the result of a nine-month project to help authors who had books orphaned because of the sudden collapse of ChiZine Publications in late 2019.

Today I talk with Claude Lalumière.

I've known Claude since shortly after I started writing in the late 90's, and am proud to call this talented writer a friend. We first met at a Toronto café during one of his visits from Montreal. I'd recently read his short story "The Ethical Treatment of Meat" (which is included in Objects of Worship), and had been so impressed that I was a little intimidated at first. I remember being struck by his intensity, an intensity that I realized came from his passion for writing and for the short story in particular.

Objects of Worship was one of the first titles published by CZP, a key reason why I published my collection, Chimerascope, with them as well. Several tales in Objects of Worship are taught in writing courses. Here's your chance to learn why: pick up the bundle today before it disappears. The bundle also includes Claude's collection, The Door to Lost Pages.

Claude: Mornings used to be my best writing time, but recently I’ve been tending toward overnight binges. Tough on my schedule, but it’s what seems to be working.

Claude: There are so many... Here are the ones that are occurring to me now:

The Devil Is Dead, by R.A. Lafferty. A Suspension of Mercy, by Patricia Highsmith. Blackburn, by Bradley Denton. Agathe et Béatrice, Claire et Dorothée, by Jacques Sternberg. Memoirs of a Gnostic Dwarf, by David Madsen. Ciphers, by Paul Di Filippo. Unquenchable Fire, by Rachel Pollack. The Warrior Who Carried Life, by Geoff Ryman. A Choir of Ill Children, by Tom Piccirilli. Malignos, by Richard Calder. The Stone God Awakens, by Philp José Farmer. The Coffee Trader, by David Liss. Green Eyes, by Lucius Shepard. The Virgin Suicides, by Jeffrey Eugenides. As Simple as Snow, by Gregory Galloway ...

None of these have received the acclaim they deserve. (My two actual favourite novels, though, have earned a permanent place in the cultural pantheon: Crash, by J.G Ballard, and The Secret History, by Donna Tart.)

Doug: What’s the most difficult thing for you about writing characters from the opposite sex?

Claude: I don’t find it difficult at all, or, more precisely, not any more difficult than creating any believable characters. After all, I have spent and spend most of my time thinking about women. And I typically spend most of my time with my girlfriend/spouse of the moment. Observing. Conversing. Trying to understand. Empathizing. Playing. Laughing.

My protagonists are often women. See, for example, “The Object of Worship” (the semi-title story of my collection Objects of Worship), which unfurls in a world where there are only women.

For me it’s important to write about characters who are different from myself. To make a leap of empathy. To imagine experiencing life from a completely different perspective. To bridge the gap between my interior world and the external world. For me, art – any art form – without that essential leap of empathy is dead and sterile.

Doug: Have you read anything that made you think differently about fiction and what role it can play in the world?

Claude: For me, the greatest illustration of the impact fiction can have on the world is Paul Di Filippo’s masterful “Campbell’s World” – which depicts a world where Joseph Campbell, and not John W. Campbell, became the editor of Astounding, birthing a very different future from the one we now live in.

Claude: Whether or not they would see the affinity is a complete mystery to me, but very definitely my work has been greatly influenced by the film directors David Lynch and Todd Haynes and by the cartoonists Jack Kirby and Bernie Mireault.

Thanks, Claude! You can pick up Objects of Worship *and* The Door to Lost Pages along with nine other excellent titles by getting the *Exclusive* Dark Fantasy & SF Bundle from StoryBundle.com before it disappears on September 9.