If the FML has helped you sell stories, show it some love and donate below. Any amount appreciated! Thanks! 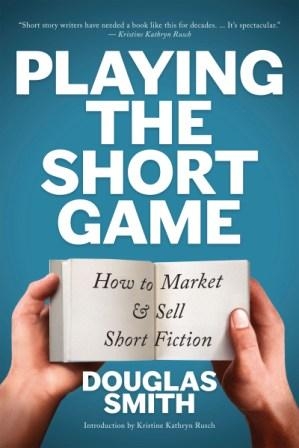 My guide for writers, Playing the Short Game: How to Market & Sell Short Fiction, contains my best advice for how to begin and build a career as a short-fiction writer and leverage your short fiction in your writing career. Completely updated and reorganized, with new material and advice.
Here's an extract from the introduction by multi-award-winning writer and editor, Kristine Kathryn Rusch:

"We short story writers have needed a book like this for decades. I’m glad Doug decided to write it. Read and reread this volume. Because you’ll learn something each time you do. And take Doug’s advice. It’s spectacular."

Click here for more information on the book and how to buy it.
Jan 2023 News
New Markets: Tähtivaeltaja (Finland) is back from hiatus | Future Fiction (Italy) | Speculatief (Dutch-language mag based in Belgium. Award-winners only)
Warnings: None
Updates: El Futuro del Ayer, Hoy (Mexico): appears to be on hiatus or dead
Dead Markets: The Dramturges of the Yann (Greece)
New FML user group: Yahoo Groups have closed down, including the old mailing list for the FML. If you'd like to join the new mailing list on groups.io, please go here and click on "Apply For Membership In This Group" at the bottom left.
Want to be on my FML news and discussion mailing list?
Join my FML discussion group, and you'll get first notice of new markets and updates.
First time visitor?
Read my guide on submitting to foreign markets.
Need help translating a foreign market's website?
Check out my list of translation sites.
Have news about a foreign language market?
E-mail me, and I'll give you credit and a link to your own site.
INDEX OF MARKETS
Click on a country to see the markets. Click on "index" or your browser's 'Back' arrow to return to this index. Click here to see the legend of symbols.
Argentina | Austria | Belgium | Brazil | Bulgaria | Canada(Québec) | China | Croatia | Czech Republic | Denmark | Ecuador | Estonia | Finland | France | Germany | Greece | Hungary | India | Israel | Italy | Japan | Lithuania | Mexico | Netherlands | Nigeria | Poland | Portugal | Romania | Russia | Serbia | Slovakia | South Africa | Spain (Spanish) | Spain (Catalan) | Spain (Galician) | Sweden | Ukraine