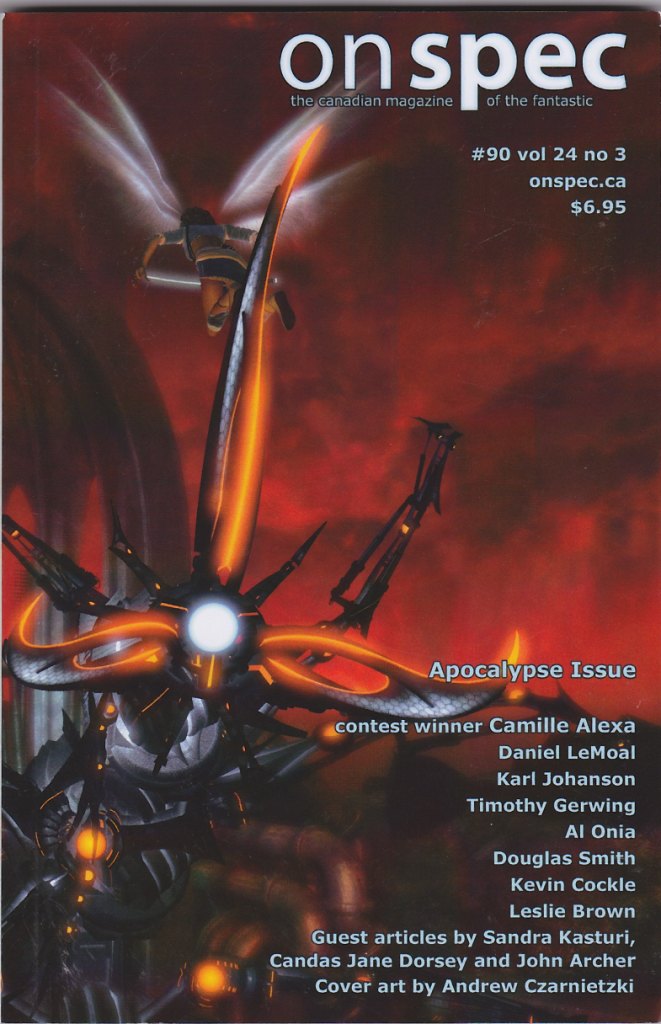 "Gypsy Biker's Coming Home," based on the Springsteen song of the same name, will appear in an upcoming issue of the excellent, multi-award winning, and long-running Canadian speculative fiction magazine, On Spec.

The story is set in my Merged Corporate Entity universe, the same setting for many of my other SF stories, including "Scream Angel," "Enlightenment," "Memories of the Dead Man," and "Jigsaw." Those stories garnered three award nominations and one Aurora Award win, so fingers crossed for this one.

This is a long story, almost 10,000 words, and stories at that length are hard to sell. Most markets top-out at 6,000 words. So I was thrilled when long-time Executive Editor Diane Walton said she'd take a look at it even though it was well over their maximum word count..

This will be my fourth appearance in On Spec. Earlier appearances also resulted in two award nominations, plus another Aurora Award win for "The Walker of the Shifting Borderland" (issue's cover pictured here), so again, fingers crossed. This will also be my third Springsteen-inspired story I've had published, the others being "Going Down to Lucky Town" and "Radio Nowhere."