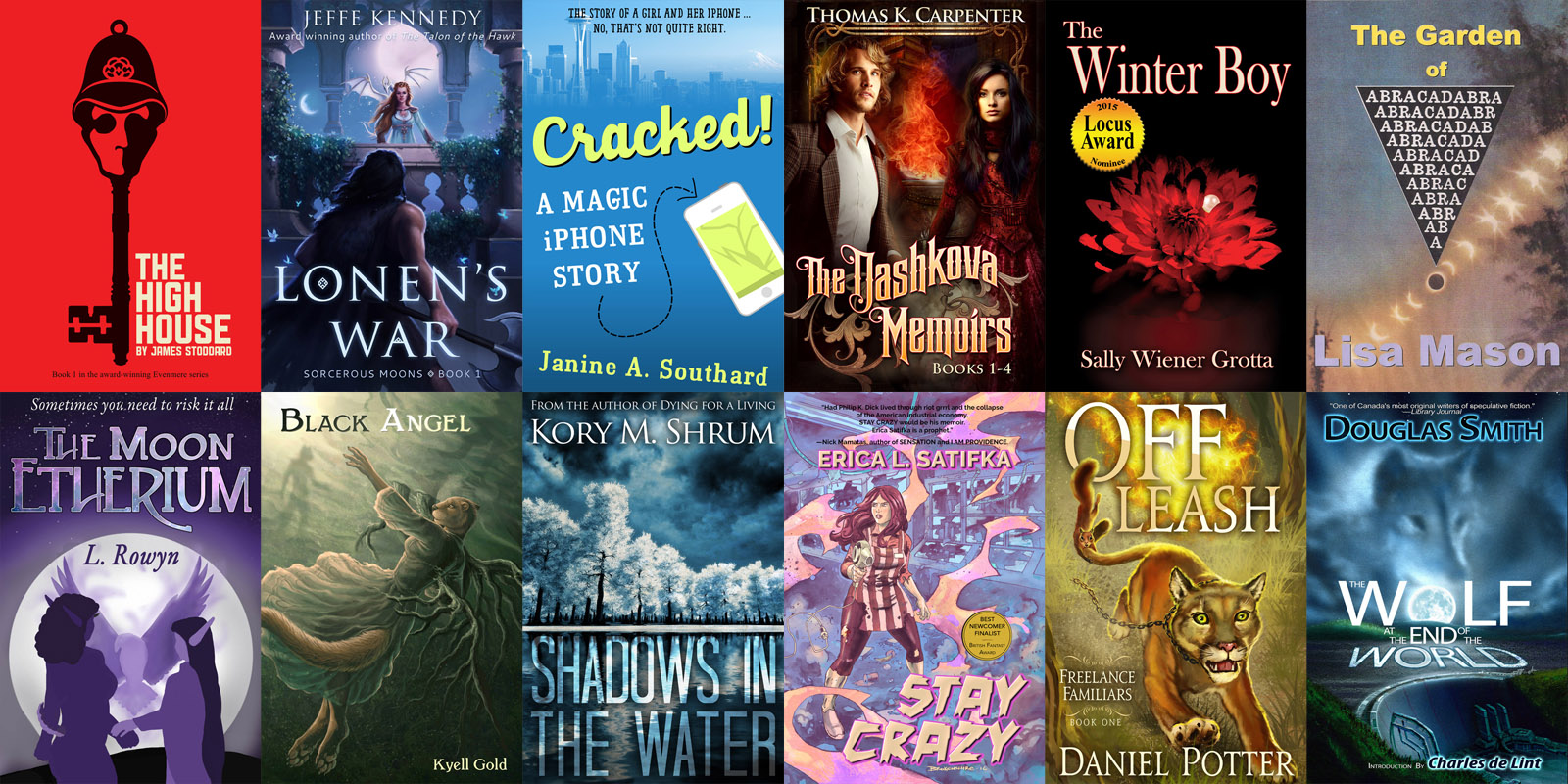 I'm delighted to have one of my books included in the first ever fantasy ebook bundle from the Science Fiction and Fantasy Writers of America (SFWA) and delivered by StoryBundle. The bundle runs from today to Thursday, November 2.

This bundle offers twelve excellent fantasy titles, all from SFWA pros. Pay a minimum of $5 to get the basic bundle of four titles. Pay $15 or more, and get all twelve titles. Buy the bundle here and check out this page for more information.

Founded in 1965, SFWA is an organization for published authors and industry professionals in the fields of science fiction, fantasy, and related genres. Some of the proceeds of this bundle will go to support SFWA in its mission to support, promote, inform, defend, and advocate for professional fantasy and science fiction writers. #SFWApro

Here's another great ebook bundle, this one a collection of horror and dark fantasy tales, perfect for Halloween, including my collection IMPOSSIBILIA.

It's from BundleRabbit, who have multiple bundles available all the time, and are great to deal with.

This one has over eighty titles for an incredibly low price of only $5.99. Hard to beat that deal. Check it out here.

Revisiting "By Her Hand" the movie

Very cool! This trailer has been around for quite some time but I didn't know it was on IMDB (Internet Movie DataBase) until I stumbled over it recently. Well, actually Google Alerts stumbled over it for me.

It's a trailer for the short independent film "By Her Hand, She Draws You Down" based on my story of the same name, directed by Anthony Sumner, produced by Allan Rowe Kelly, and starring Zoe Daelman Chlanda and Jerry Murdock.

I've always loved the job that Anthony did with the screenplay and directing this film, as well as the work by the entire cast. As the review on IMDB states, his film is "lyrical and haunting...a near-textbook example of subtlety that is missing in so many genre films today."

More info can be found here on the film and its many award showings when it first toured festivals. My original story was a finalist for the Aurora Award and was a Best New Horror selection in 2013. 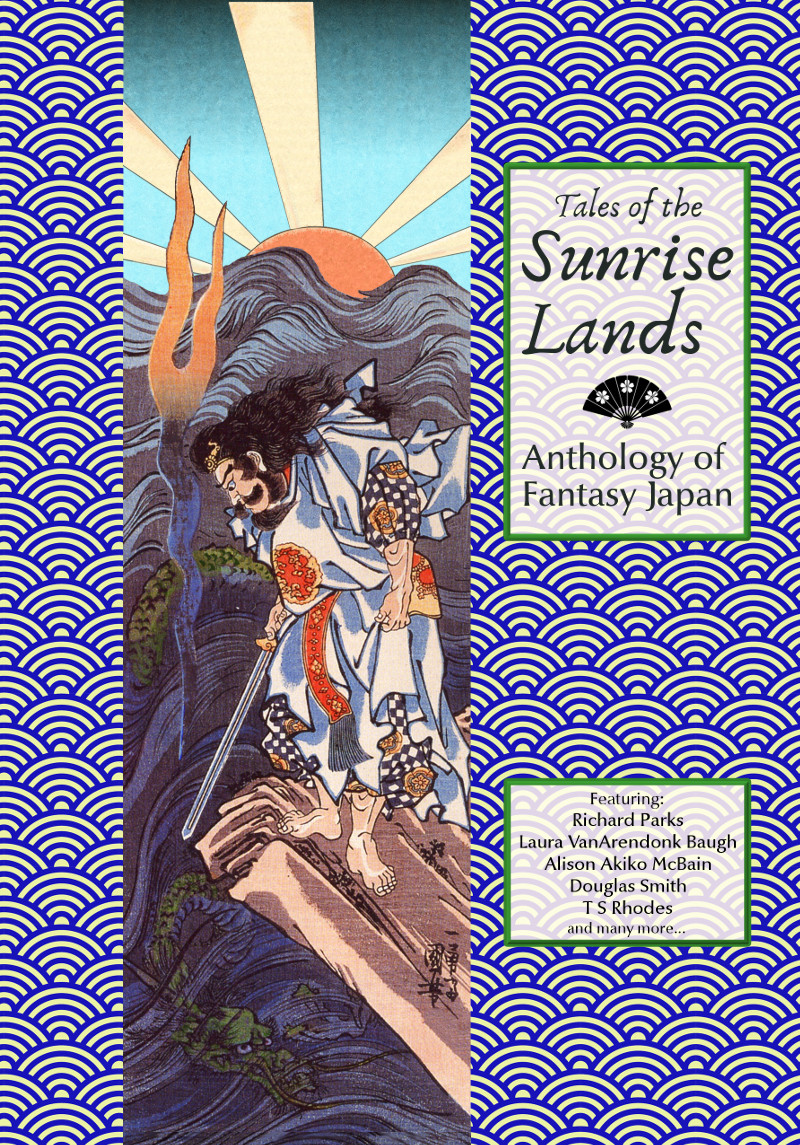 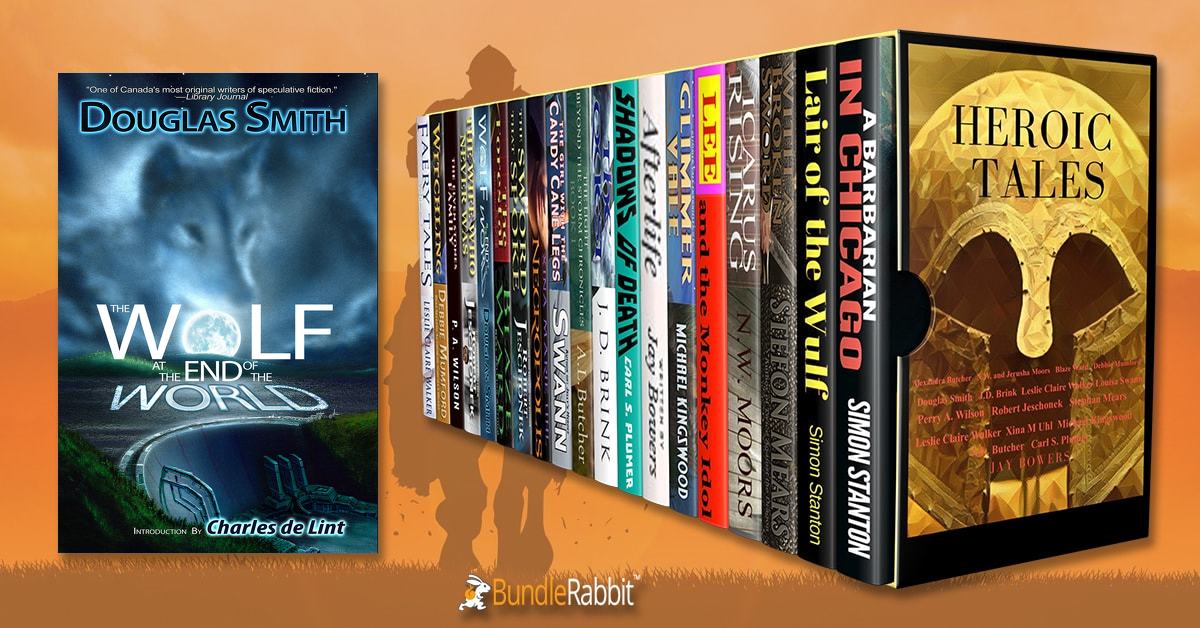 My novel, The Wolf at the End of the World, has been getting a lot of love lately. First it was featured in a BookBub promotion earlier this month, and now it's part of an excellent ebook bundle called Heroic Tales available here from BundleRabbit.

This is a huge bundle, folks, featuring nineteen (!) titles for only $4.99. You can buy directly from BundleRabbit or, if you prefer, from any of the major ebook retailers, including Amazon, Kobo, B&N, and Apple. Nineteen books for under $5! Come on, that's hard to beat. Grab it before the bundle goes away.

And to help promote this great bundle, the hero of The Wolf at the End of the World, Gwyn Blaidd, agreed to come out of seclusion in his Northern Ontario retreat to talk a little about himself and the story with fantasy author A. L. Butcher. Read Gwyn's interview here. 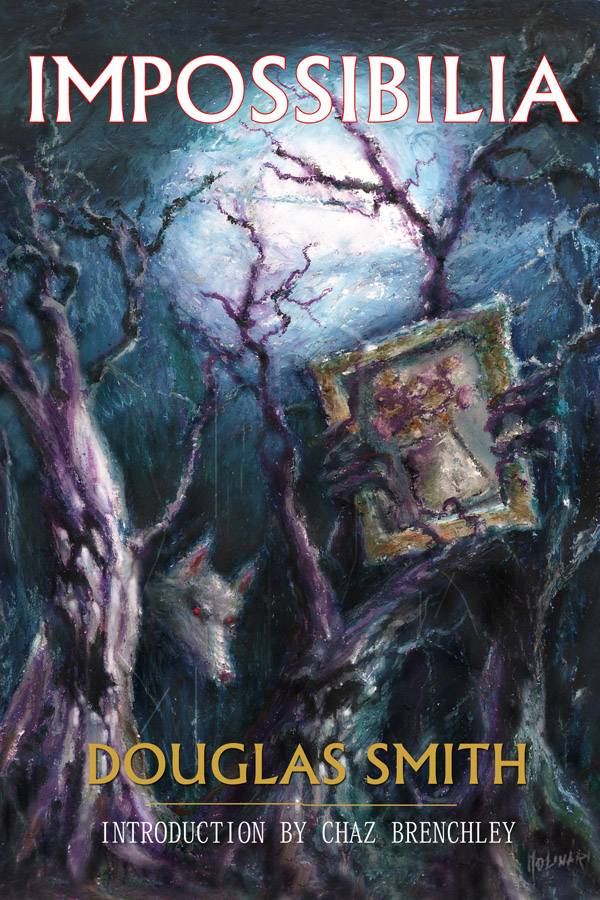 The last (but hopefully, not least) book in my spotlight series on Storybundle's current Aurora Award ebook bundle is my own collection, Impossibilia. This was my first collection, a mix of SF and fantasy, and includes an Aurora winner and an Aurora finalist.

As well, the Aurora winner, "Spirit Dance," is the prequel to my novel, The Wolf at the End of the World, which is currently still on sale at Amazon, Apple, and B&N in most countries for just $0.99

And if you are looking for still more pedigree, remember that the bundle includes titles from two CSFFA Hall of Fame inductees (Rober J. Sawyer and Dave Duncan).

The bundle is available only for a limited time, and then it's gone. And time's running out. You can buy the bundle here only until July 27. Pay just $5 for the basic bundle of five books. Pay at least $15, and get the entire bundle of ten novels, all of them award winners or finalists. 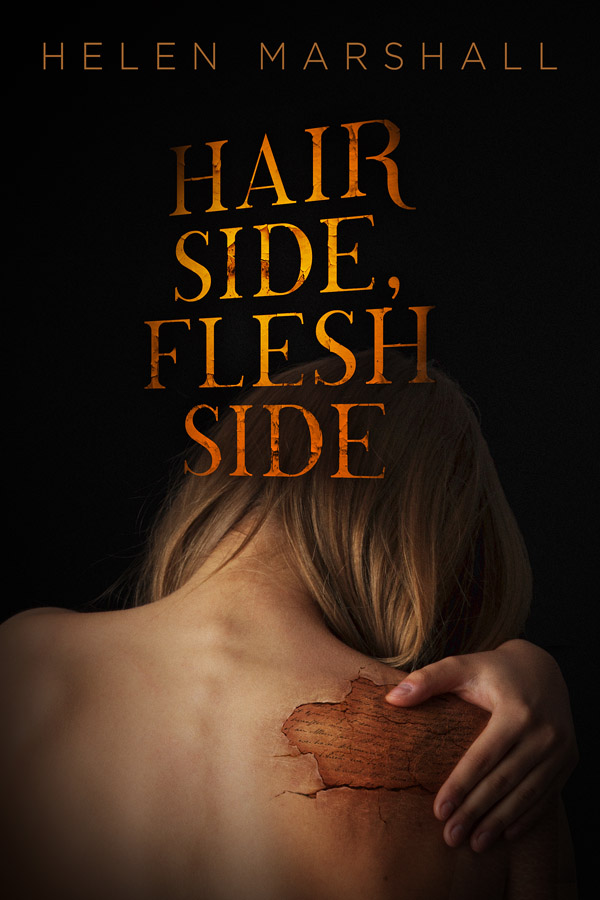 I first met Helen when she worked for the excellent Canadian press, ChiZine Publications, and edited my second collection, Chimerascope. I didn't realize how lucky I was at the time.

Helen has established herself as a master of the short form, and this, her first collection, is ample proof. Aside from being a finalist for the Aurora Award, Hair Side, Flesh Side also won the Sydney J Bounds Award. This collection is a brilliant introduction to one of the brightest new lights in Canadian speculative fiction. 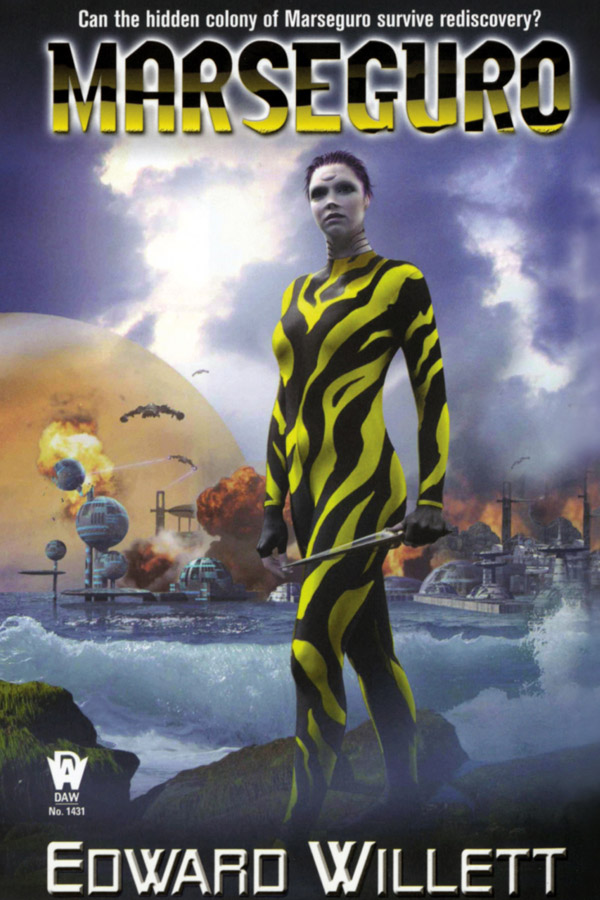 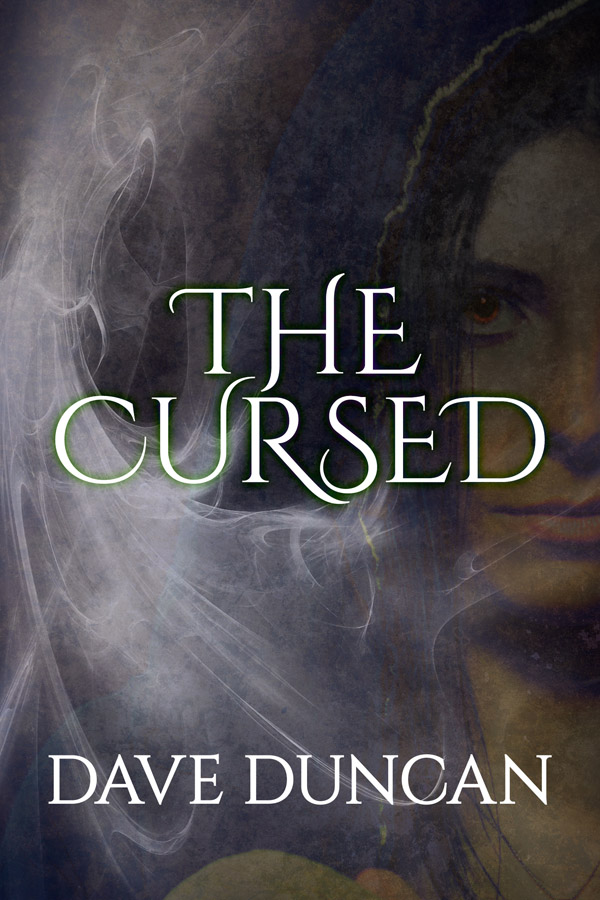 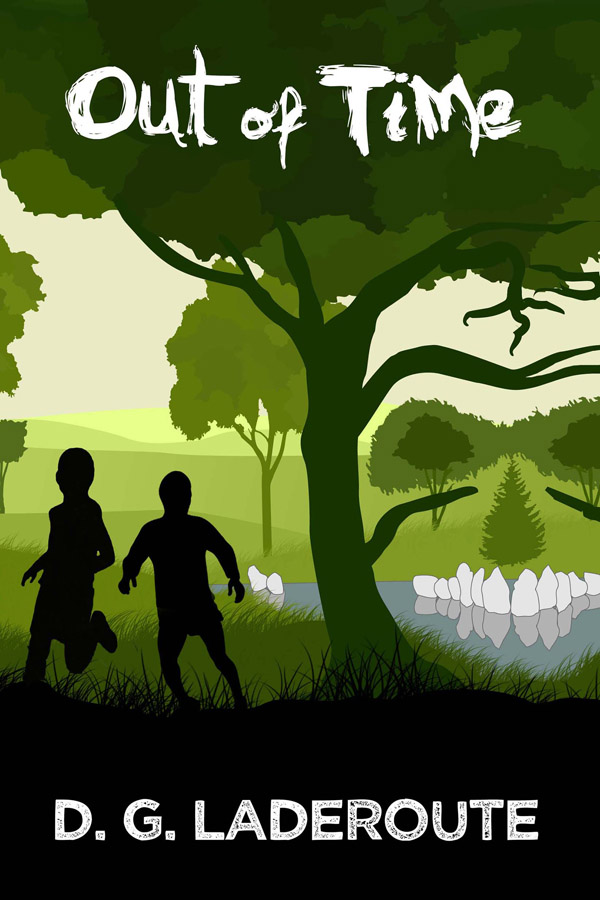 The sixth (of ten) books in my spotlight series on the current Aurora Award ebook bundle is D.G. Laderoute's Out of Time.

For a bundle that came out around Canada's 150th birthday, it seemed appropriate to include a fun YA adventure (to remind us we're still young) in an environment that many associate with Canada (the wilderness, specifically the shores of Kitche Gumi, or Lake Superior).

Out of Time is a YA fantasy adventure combining time travel with First Nations lore as two fourteen-year-old boys—one white, one Anishinabe—join forces across time to battle a monster.

The bundle runs to July 27. You can check it out here. $5 for the basic bundle of five books, or pay $15 and get the entire bundle of ten novels, all of them award winners or finalists.